The Death that Changed and Industry

When Yvonne Rogers' quad bike rolled as she drove up a slope on a kiwifruit orchard near Athenree in the Bay of Plenty, pinning and killing her, it shattered her only child Jenelle's​ world.

She'd already lost her father, now her mother and housemate too.

"We were best friends," the 26-year-old says. "We did everything together. She would come home from work and I'd just sit with her for two hours as she talked about her day, that was her stress relief. She worked so hard."

On May 13, 2016, Rogers, a 58-year-old long-serving St John Ambulance volunteer, went to an orchard owned by Athenberry Holdings to collect samples of kiwifruit for maturity testing.

She was using a quad bike provided by her employer, AgFirst Bay of Plenty, now known as Stevens & Stevens.

Around mid-morning, having finished work in one of the blocks, she rode up a hill into an area of unmown grass. She hit a lip, the quad bike rolled on top of her and killed her. 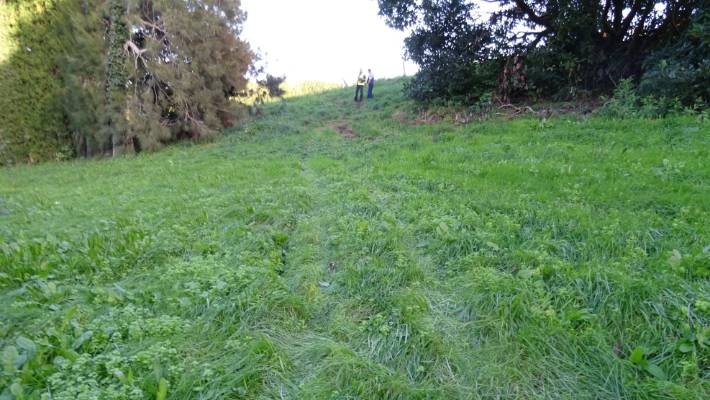 The scene shortly after the accident - Yvonne Rogers was heading towards the gap in the trees when her quad bike rolled.

AgFirst had trained its workers to stick to mown areas and tracks. It's not known why Rogers deviated from that - although it's suspected she thought there was a vehicle track as there were wheel marks nearby.

The accident happened just weeks after the introduction of the Health and Safety at Work Act and became a test case for multi-employer prosecutions.

It has become a cause celebre in the legal world - several law firms writing articles suggesting it has wide implications beyond the kiwifruit industry.

AgFirst was charged with failing to establish a safe work system which identified potential hazards, including ensuring proper maps were received and that workers received a safety induction at each orchard where they worked. Rogers was selecting kiwifruit for maturity testing when she died.

The company pleaded guilty and in September Tauranga District Court judge Thomas Ingram fined it $306,000 and ordered it to pay $75,000 in reparation.

The directors, Ian and Diane Stevens, declined to comment. They have since sold the business.

"BIT OF A STRANGE CASE"

Jenelle Rogers says she has developed a special relationship with the couple since her mum's death, going through a restorative justice process with them.

"It's a bit of a strange case because I'm really good friends with them, as a result of this. I would even go so far as to put them like parent figures - they've helped me that much."

The couple helped pay for the funeral and provided emotional support.

"They have done their utmost to make me feel good again, they've tried to give back to me.

"It's a shame something like this happened to such wonderful people... they don't deserve this emotional turmoil." 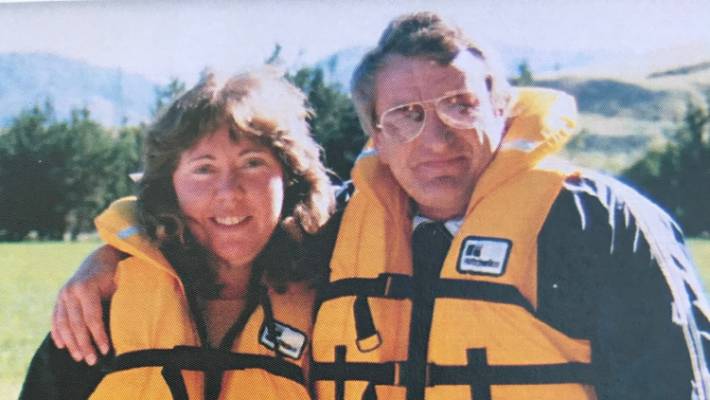 Yvonne and her late husband Warren - their only child Jenelle has been left alone.

Zespri, the monopoly exporter which controls the kiwifruit industry, was also charged with failing to design an effective system to ensure orchard maps recording potential hazards were given to maturity samplers.

WorkSafe dropped the charge when Zespri accepted  an "enforceable undertaking" - an alternative to a prosecution - which included paying $250,000 towards safety measures and $25,000 to Rogers' family.

Angus Bell, Zespri's health and safety manager, says Rogers' death was deeply felt in the industry and was a "wake-up call".

Since the accident the industry has made significant changes, he says, making it clearer to growers that they are required to provide records of orchard hazards.

Bell says Zespri has started a programme to raise awareness of "fatal risks" across the industry, covering driving, working around mobile machinery and mental health.

As part of the enforceable undertaking, Bell says, Zespri has supported research into alternative, safer light vehicles for use on orchards.

WorkSafe didn't stop there, also charging Athenberry Holdings, the orchard owner, and Hume Pack-N-Cool, a packhouse that handles some of Athenberry's kiwifruit crop, with health and safety failures.

Both pleaded not guilty, leading to the first defended hearing under the new Act.

The case required the court to consider the ability of a business to influence or direct the activities of workers were there was no contractual relationship.

Under Zespri's system for sampling, orchardists would ask packhouses to test the maturity of their kiwifruit, and the packhouse would ask AgFirst to organise it.

Athenberry provided a map of the orchard to Hume, which it passed on to AgFirst. The map did not show any hazards.

WorkSafe argued that Athenberry should have identified all potential hazards that samplers might encounter, including quad bike rollover on steep or uneven terrain.

It should have marked these on maps and at the orchard, and inducted workers as they arrived.

The defence said the Athenberry directors and managers had no reason to believe that any kiwifruit sampler would ever go near the accident site.

Judge Ingram found no evidence that Athenberry or Hume had breached any industry standards or norms.

"I am satisfied that in May 2016, because of the system Zespri had mandated, no industry participant had any expectation that an orchardist would identify hazards to quad bike samplers which fell within areas of long unmown grass," he said.

He acquitted both parties.

In an article on the Chapman Tripp website, the lawyers who represented Athenberry said a "lingering concern" was WorkSafe's assertion that the orchardist had an obligation to assess every potential hazard on its 160ha property, even though it did not use quad bikes itself and the samplers were appropriately trained.

"This is...contrary to WorkSafe's guidance material and is a worrying, and plainly wrong, interpretation of the legislation," they wrote.

The law firm Hesketh Henry took the opposite view, expressing surprise that the judge found that Athenberry had no duty because it had no capacity to influence or direct AgFirst's workers.

"It is difficult to understand how Athenberry could not have influenced the carrying out of the work when it caused the work to be done, and had overall responsibility for who was allowed on to the orchard," an article on its website said.

"I'M ANGRY ABOUT THIS"

Rogers says her mother was meticulous in her job.

"She was so careful, she planned everything. She had a stack of paper about every orchard she went to - what she did, how many bags she picked - everything."

She's furious that Athenberry got off.

"I feel like they had a duty to cordon off hazardous areas. They were arguing that was an area no-one should have been in - well why were there tracks?

"If it had been cordoned off I can 100 per cent guarantee that it never would have happened - she would still be alive. 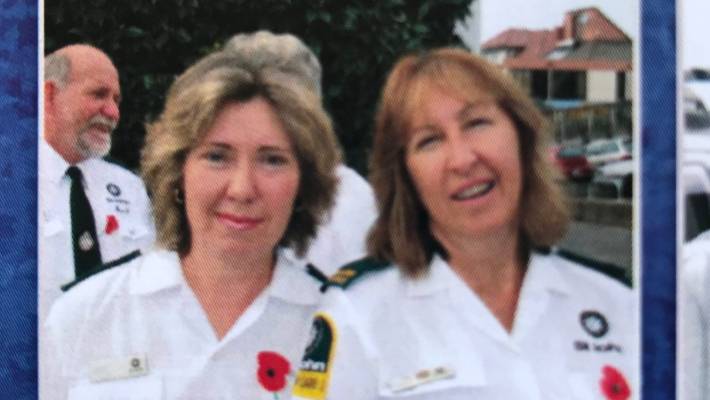 "I'm not an angry person but I'm angry about this. I feel my mum's case has been completely swept to the side."

Rogers visited the scene after the accident and found a "flimsy" bit of caution tape tied to a tree.

"It didn't feel like they were accepting that 'we did something wrong'. They were like 'oh it's got to be her fault'."

"We thought there were some errors in the decision...but ultimately we didn't get consent from the Crown Law Office so there was no appeal."

WorkSafe is not concerned that the acquittals will set a precedent, as cases are decided on their own facts.

"Irrespective of this decision, all businesses out there have a legal duty to ensure as far as reasonably practicable the safety of their workers and others."

Rogers says following the various cases over two years has been draining, but she wanted to be there for her mother.

"I developed depression after mum passed - that initial feeling of coming back to an empty house is one of the worst I've ever gone through."

She's confident that improvements will be made in the industry - it's just sad that it took her mother's death to bring about change.

"The way things get done, is someone has to die, basically."


This is an interesting article mainly as it is the first where multiple organisations where charged for a single workplace death.  While the legal views are clearly stated in the article, there are two lessons to take from this case:

1.  The need for PCBUs to talk to each other to ensure the safety of workers is paramount before a worker from any one organisation goes onto the site of another.  The need to ensure that all risks are idetnified and arrangements are in place is highighted by the fact that the long grass was not idetnified as a hazardous location.

2.  Ignoring the WorkSafe position and the Courts finding, the importance for hazardous areas to be clearly identified and if necessary marked, goes hand in hand with not assuming that because a job requires a worker to be in one location that they wont get harmed by hazards in another.

Testimonials
David Buchanan
Buchanan Painting and Waterblasting
Jim Pope from Hauraki Health and Safety has done what he said he would do. I can now focus on building my business knowing that Jim has my back. He manages my safety for me, is dealing with my pre-qualification (which I found confusing) and he has given me an app to use which means no paper, no worries and no having to work after hours on safety stuff. It really is nice knowing that I don’t have to do this because Jim is.”
Tracey Petterson
PTP Services Ltd
I engaged Jim to provide me with my HR when I purchased my business. Sometimes I could just hug him! He keeps things simple for me and gives me confidence that I am doing the right things. I understand the importance to receive HR advice that is professional and current with the latest NZ employment rules, so it is nice having him in my back pocket when I need his help. He is so easy to deal with, nothing is ever a problem and his advice is honest, even if I don’t want to hear it. I am getting from him exactly what I need. He is definitely worth the investment.

We will publish regular updates and advice about safety & HR as well as the latest safety & employment relations news and what this means for you.